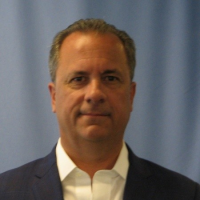 Mark Cousins joined Toronto Crime Stoppers as a Director in October 2014.  Mark is the Chief Security office at Symcor, On of Canada's leading financial processing services providers supporting major banks and retail and telecommunications companies in Canada.   He was previously the Chief Special Constable for the Toronto Transit Commission for three years.  Prior to his professional security career, Mark served as a police officer for more than 20 years.   Mark has  Master's Degree in Public Administration and is a graduate of the Federal Bureau of Investigation's National Academy.